"The Amish Project"...Stahl credited the production’s success to Metzger’s acting, as well to the lighting and sound cues used to signal each character.
- Kevin C. Vestal, The Chautauquan Daily

Kathryn Metzger brings wonderful presence to her roles - endearing and earnest as Thaisa, and gravelly and coarse as Boult.
- Zelda Knapp, A Work UnFinishing

"The Philadelphia Story"...In the linchpin role of Tracy, Kathryn Metzger has both the arch rectitude and the sliver of anarchic spirit that Katherine Hepburn displayed on stage and screen.
- Christine Howey, Rave and Pan

"The Taming of the Shrew" is amazing! ...David & Kathryn create a compelling, entertaining dance between their characters, and it’s great theater. It was fun (from where I sat) to hear people laughing through the whole show...
- Ian Byington, San Juan Island Update

CTC alumna Kathryn Metzger plays victims of tragedy in ‘The Amish Project,’ sharing the stage with herself alone

“My grandmother was a professor at the University of Akron, a professor of anthropology, and she was always really intrigued by the lifestyles of other people, and she was always a great advocate of the Amish, especially when we were here,” Metzger said. “I spent my whole life talking about and noticing the Amish but not having a lot of encounters with them, which I actually think is true of most of us — that we see but don’t necessarily encounter.”... Read More

Pericles is arguably one of William Shakespeare’s most underappreciated (and under-produced...) works, with a historical backstory that rivals the ancient adventure tale itself. It’s also one of the Bard’s most polarizing works, with many of Will’s fans having a love/hate relationship with the play. As critics have pointed out, reading and interpreting Pericles is not always smooth sailing... Read More

Pericles – Born In A Tempest Brings the Bard to Life

Marti Sichel in Playing Around

Every so often it can surprise you, the quality of theater to be found even in the most humble and modest settings in New York. Such is the case with Pericles: Born In A Tempest, a production of Hunger & Thirst Theatre and The Guerilla Shakespeare Project... Read More

Review of CTC Presents ‘In the Next Room’

Theater review: ‘A Comedy of Tenors'

Bob Abelman, For The News-Herald

Sometimes, whether through divine intervention or the heights of human inspiration, art is elevated to a higher level and becomes transcendent. Evidence of this can be found in... Read More

We are pleased to officially announce our 2015-16 20th Anniversary Season! The Two Gentlemen of Verona by William Shakespeare directed by Paul Mullins... Read More

CLEVELAND -- On Saturday morning, Cleveland Play House announced their record-breaking centennial season. The lineup of shows for the 2015-2016 season was unveiled during a sold-out event in the Allen Theatre.... Read More 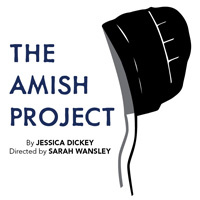